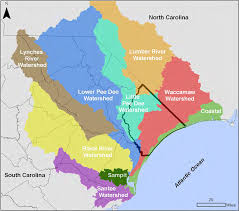 The rivers of the greater Winyah Bay watershed have played a major role in the history of the region through which they flow, and continue to play a role in the lives of many North and South Carolinians. These rivers support recreational fishing and other water sports, provide drinking water, support tourism, and enhance the lives of those who live here.

Further information on the SC portion of the Lower Pee Dee Basin is available at: SC Watershed Atlas or by clicking the image below. 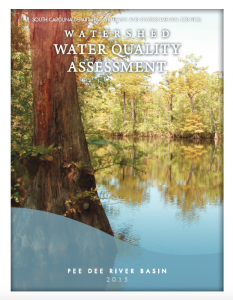 Information on the NC portion of the Lower Pee Dee Basin is available at: Lumber River Basin and Yadkin River Basin or by clicking the image below. 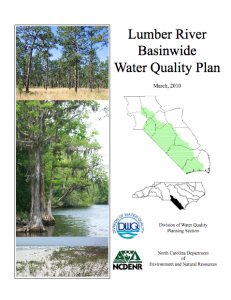 The Waccamaw has its headwaters in the Lake Waccamaw area of North Carolina. It is considered a blackwater river because of its dark coloration caused by pigments, such as tannins, that have leached out of vegetation growing in the extensive wetlands adjoining the river. The Waccamaw joins with the Atlantic Intracoastal Waterway near Bucksport. The Pee Dee River joins the Waccamaw just before it empties into the Winyah Bay. The Waccamaw River extends more than 140 miles from Lake Waccamaw, a permanently inundated Carolina Bay, to the ocean, draining an area of 1,640 square miles of coastal plain within two states. 100 miles in South Carolina are designated a National Water Trail.

The Pee Dee River is part of the Yadkin-Pee Dee River Basin, starting as the Yadkin River in the Blue Ridge Mountains and flowing for approximately 200 miles before it becomes known as the Pee Dee River, then another approximately 230 miles southeastward into South Carolina where it becomes known as the Great Pee Dee River, into which the Little Pee Dee River flows, and eventually joining the Waccamaw River before draining into Winyah Bay. The portion within the greater Winyah Bay watershed begins immediately downstream of Blewett Falls Lake in North Carolina, flowing to Winyah Bay and including the Sampit River. The lower Pee Dee is navigable for about 90 miles and its lower 70 mile segment is designated by the state of South Carolina as a scenic river.

With its headwaters in NC, it flows for ~175 miles southeasterly until its confluence with the Great Pee Dee River near Johnsonville, SC. Along the way, it passes through pine uplands, farms and deep swamp forests. Two sections totaling ~111 miles have been designated a South Carolina State Scenic River and offer myriad paddling and recreational opportunities.

The Black River is a free flowing blackwater river, traveling 151 miles before merging with the Great Pee Dee River in Georgetown County. 75 miles of the Black River are designated by the state of South Carolina as a scenic river. The Black River Basin(hydrologic unit 03040205) is located in Kershaw, Lee, Sumter, Clarendon, Florence, Williamsburg, and Georgetown Counties, and encompasses 2,061 square miles with geographic regions extending from the Sandhills to the Upper and Lower Coastal Plains and into the Coastal Zone.

Citizen Engagement – If these important rivers are to be protected, citizen activists must become involved!

Help us protect our local rivers. 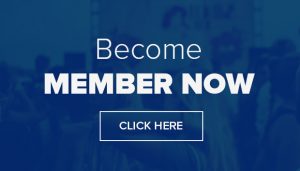